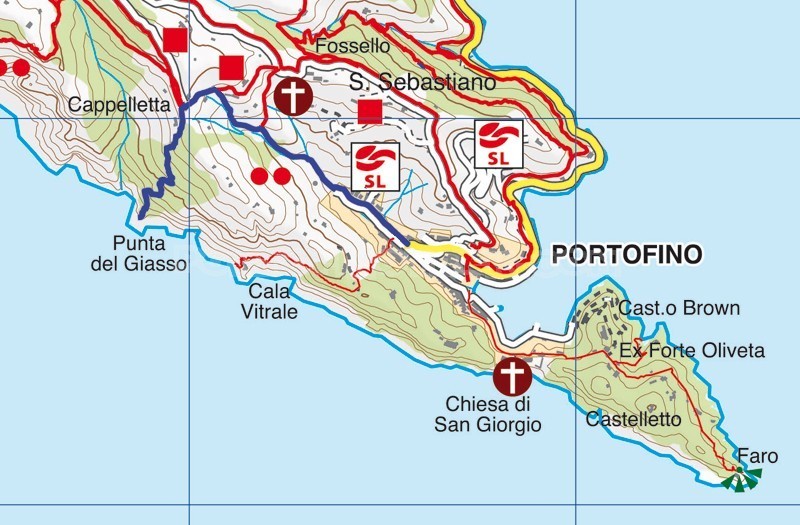 Update of 05/07/2020: The panel of the Portofino Park Authority indicates "Difficult path with not allow access to the sea".

Punta del Giasso was one of the few coves reachable on foot through the regular paths of the Portofino Park but following the storm, which hit Liguria in 2018, the stone staircase that allowed access to the sea was destroyed and a chain is installed to prevent the passage.
However, it remains an adventurous excursion that ends overhanging the sea.

The itinerary begins in via del Fondaco , the paved road at the end of the Portofino car park , which passes under the Carabinieri station.
After passing the hotel, keep left to take the steep staircase, made up of large stone steps, which climbs through the countryside mostly covered with brambles. < / p>

Once in Cappelletta , you have to cross a gate to prevent the passage of wild boars (please, close it behind you) that you find near a house and turn left where, a few meters later , meet the signs to Punta del Giasso. There is no signpost but there is no possibility of making a mistake because it is a single, well-marked path that goes straight down to the bay without encountering any deviations.

The ground completely covered with leaves makes the path a bit slippery, especially in the first part, so we recommend wearing suitable shoes and paying attention.

The path of earth and rock is framed by a splendid natural setting and winds its way through the lush vegetation, gradually losing altitude.

A series of hairpin bends leads to a narrow passage between rock formations, from which you could previously access the sea and which currently indicates the end of the route. 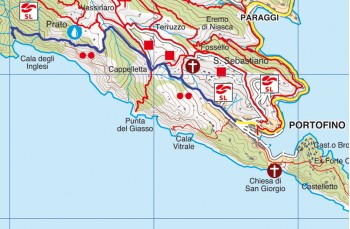 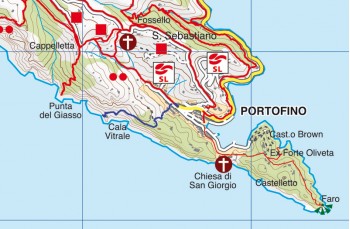