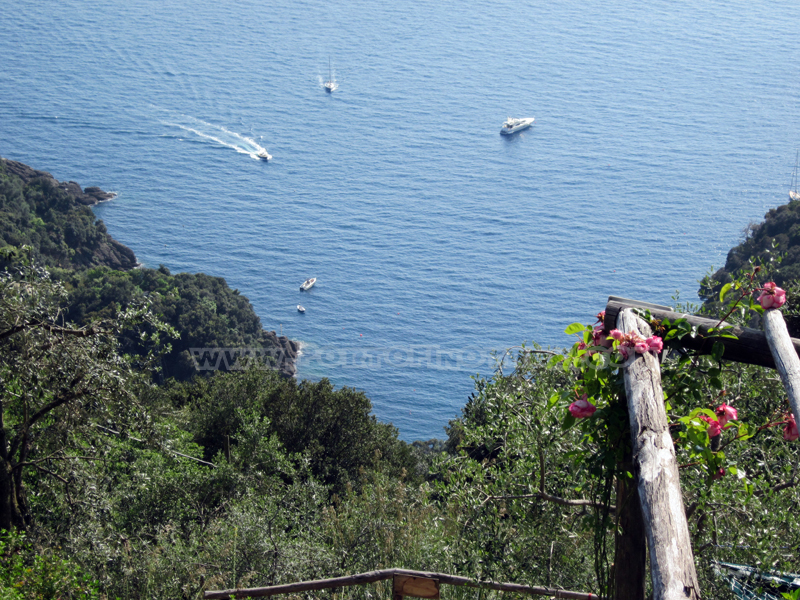 A journey from Camogli San Fruttuoso less spectacular than that which went from village batteries, but also less demanding and therefore can be covered with children (if they're used to walk ...).

In Camogli take Via San Bartolomeo, the way in the back of the car park, passing under the Police Station, along the river Gentile. Arrived at the gate of a house, go left on the gravel path that soon turns into a series of concrete steps (about 800) that wind between dry stone walls and houses. Omit the only deviation that you encounter on your left and continue straight ahead to come out, after about 30 minutes, in the churchyard of the church of San Rocco di Camogli (219 m above sea level). 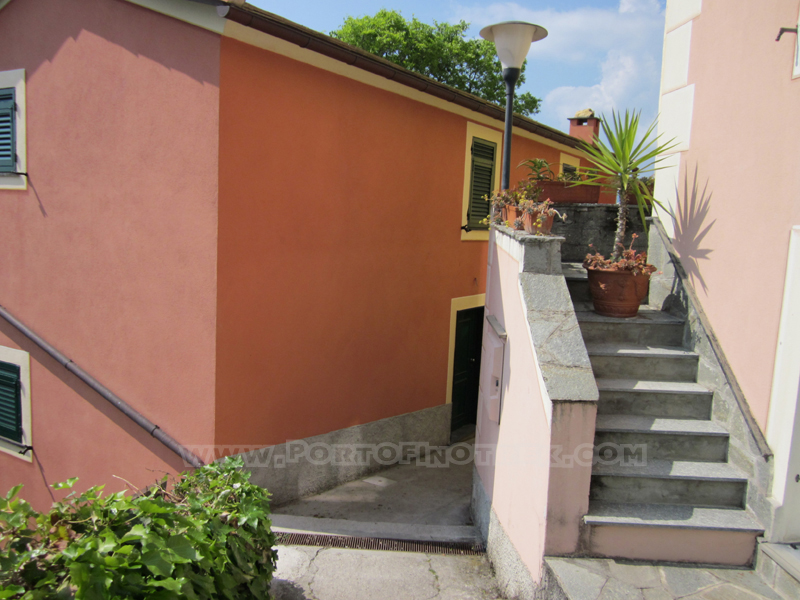 After the obligatory break to admire the magnificent panorama that presents itself before your very eyes, and catch your breath, take the path to the right of the church (near there is a tap for drinking water supplies for any) that goes in the direction "Gaixella".
The trail, with views of Punta Chiappa, through the small group of houses in the village Galletti, to continue between age surrounded by olive and fig trees, and then advancing into the forest. As you can see from the painted tiles on the trail that was the route of the Via Crucis.

Along the path, which develops mostly in the plains, shaded by trees in about 20 minutes to get into locality Gaixella (412 meters above sea level.), Picnic area with tables and benches, drinking tap water, where you turn right.
Follow this path until fine (about 15 min) announce the huge boulders of rock locality "Pietre strette" (464 mt.sl.), a crossroads of many paths and staging points equipped with benches, tables and tap. 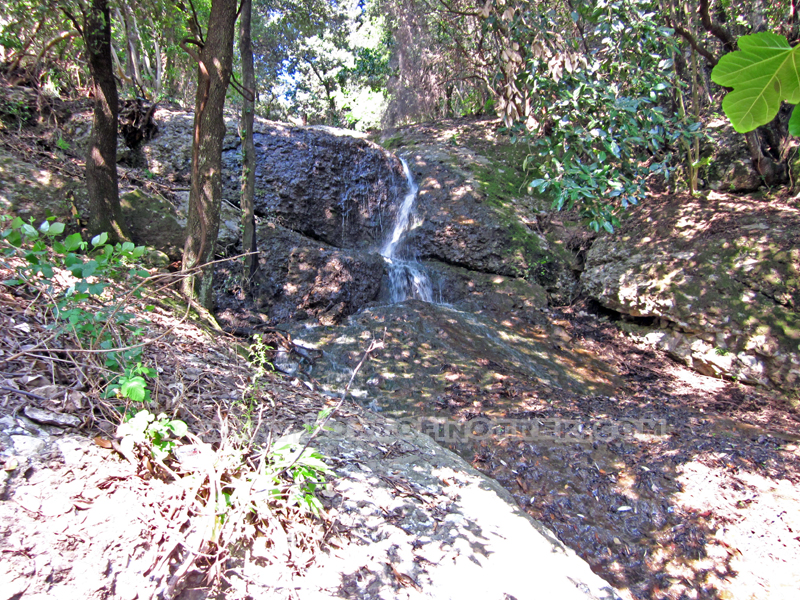 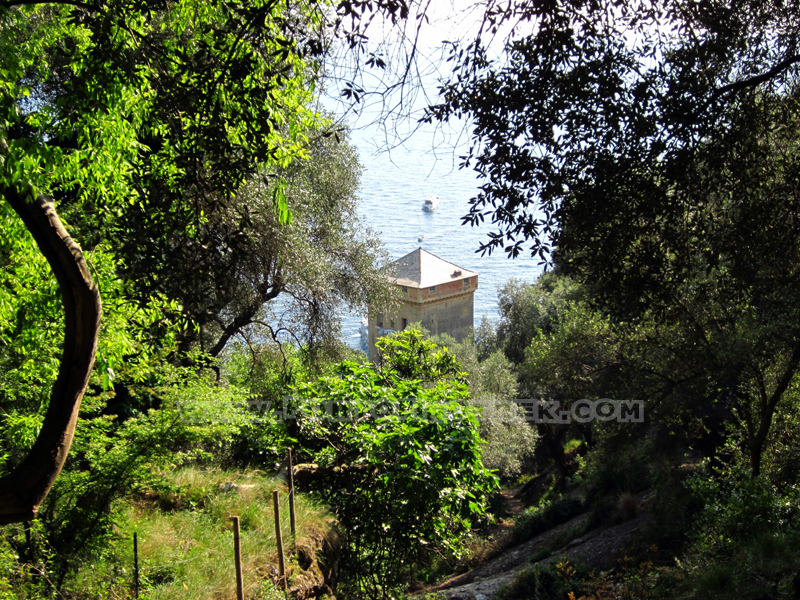